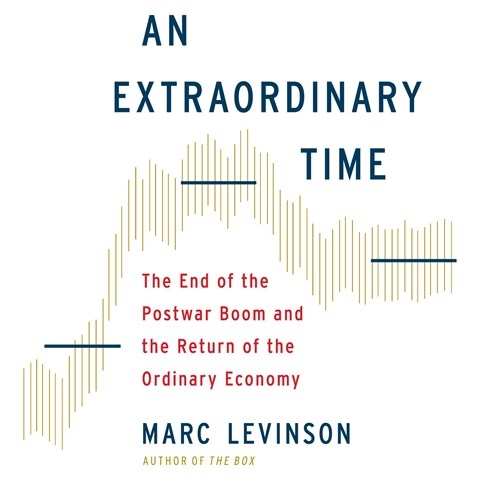 With his palette of subtle tones and sensitive phrasing, narrator James Foster illuminates every broad idea and all the drama surrounding the end of the postwar economic boom in 1973. His comprehension of economics and politics makes this a riveting discussion for anyone interested in international finance and the capacity of government to influence society. Marc Levinson has a broad international perspective on economic policy, which he unfolds with captivating prose. He chronicles the shift governments made in the 1970s from small-government free-market policies to paradigms that improved social or economic conditions by raising taxes and creating bigger bureaucracies. This important audiobook brings clarity to the animus that roils political debates about what government's role should be in society. T.W. © AudioFile 2018, Portland, Maine [Published: APRIL 2018]