Home»Reviews»OF A FIRE ON THE MOON 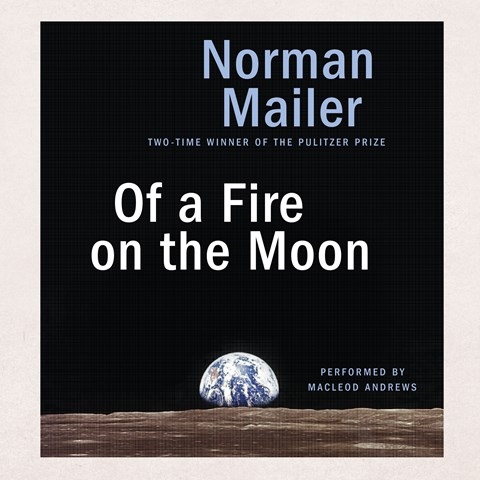 OF A FIRE ON THE MOON

This overly long account of Norman Mailer's impressions on Apollo 11 and America's race to the moon was originally a series for LIFE magazine in 1969 and 1970. MacLeod Andrews delivers a faithful narration of the text. For no clear reason, Mailer calls himself "Aquarius" for the first half of the book and refers to himself in the third person throughout. Andrews reads methodically, sounding much like the astronauts themselves, who Mailer says were so restrained that they sounded like robots. Mailer focuses on the esoteric and philosophical aspects of the moon landing, regardless of whether they were good or bad in the scheme of things, even as he details the mundane aspects of the undertaking such as the clothing of the astronauts' wives. M.S. © AudioFile 2017, Portland, Maine [Published: FEBRUARY 2017]