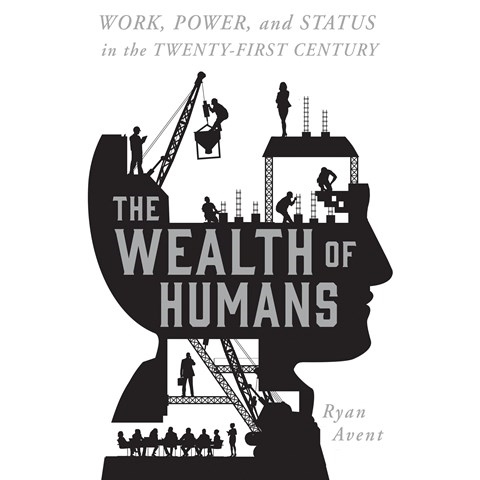 THE WEALTH OF HUMANS Work, Power, and Status in the Twenty-first Century

Narrator Scott Merriman would do well as moderator of a debate between political opponents: His tone is authoritative but eminently reasonable and restrained. That quality makes him an ideal narrator for this thoughtful audio. Ryan Avent, who grew up in North Carolina and now writes for THE ECONOMIST in London, has a sensibility that will be refreshing to listeners accustomed to American bipartisanship. A capitalist with a conscience, he argues unsentimentally that the digital revolution will inevitably lead to job destruction but also that we can, and must, find ways to reduce income inequality and share the fruits of our growing wealth. Merriman is comfortable with both the economics jargon and the warmer personal anecdotes that Avent shares as he builds his argument. D.B. © AudioFile 2016, Portland, Maine [Published: NOVEMBER 2016]