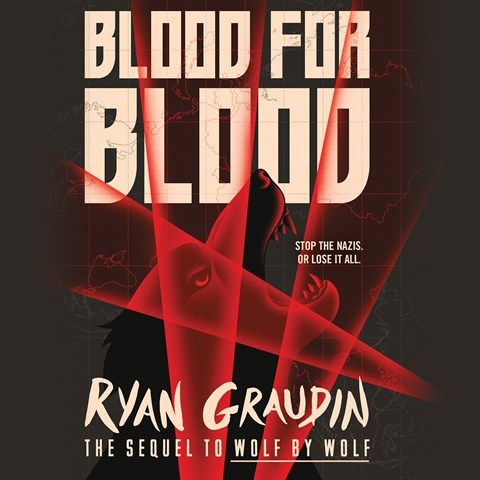 Christa Lewis, who narrated Graudin’s first WWII alt-history, WOLF BY WOLF, narrates this companion. Lewis immediately picks up the dramatic intensity she built at the end of the first audiobook. Shape-shifting Yael’s murder of a doppelganger Hitler has been discovered. The police track Yael while brutally torturing her companion, Felix. Lewis creates tension anew, and it doesn’t abate until the end. Suspense, intrigue, and plot twists mount as Yael escapes her pursuers, fleeing through dangerous Soviet territories and into the heart of the Nazi stronghold. Lewis deepens the characterizations and relationships while rapidly shifting accents and emotions to match the plot’s breakneck speed. Author and narrator deliver on the promise of the first book as love and terror, courage and heartbreak keep listeners glued to a story that’s as well told as it is consuming. S.W. Winner of AudioFile Earphones Award © AudioFile 2016, Portland, Maine [Published: NOVEMBER 2016]