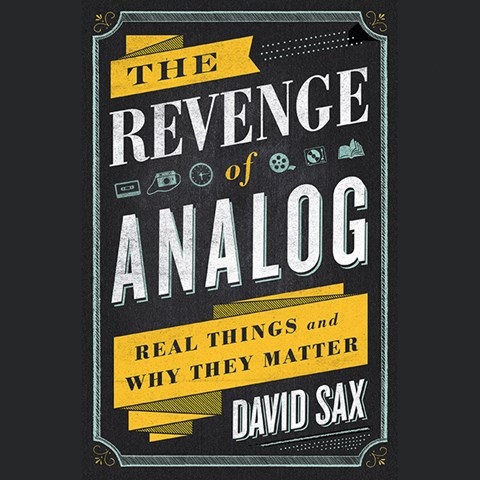 THE REVENGE OF ANALOG Real Things and Why They Matter

As futurist Alvin Toffler predicted in the mid-80s, the more high-tech society becomes, the more many people long to return to some of the old ways, which Toffler called "high touch." David Sax enthusiastically analyzes a similar phenomenon in the 21st century as vinyl records, Polaroid cameras, writing with pen and paper, and brick-and-mortar stores--what Sax calls "real things," as opposed to the virtual--are making a comeback. Sax's own emotional investment comes through as he reports on businesses and individuals who are doing things the way they used to be done. While listeners may not be happy to hear about the increased costs of going offline, the author's explorations of the new analog make for fascinating listening. J.A.S. © AudioFile 2017, Portland, Maine [Published: JANUARY 2017]