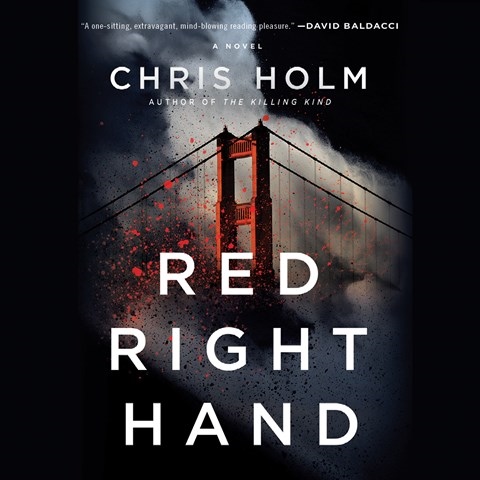 Narrator John Glouchevitch's deep, rich, slightly breathy voice works for thrillers. He conveys suspense especially well. This is the second in Holm's series about a hit man who kills other hit men. It revolves around an apparent terrorist attack on San Francisco and includes a panoply of Bay Area touches. While peppered with violence, the story isn't jarringly gruesome. Instead, Holm gives listeners well-crafted, sometimes lengthy descriptions and shadowy global conspiracies. Glouchevitch's pacing is good, if occasionally a little slow. His dialogue voices all sound similar (except for the real villains) but aren't difficult to identify. They'll keep listeners engaged. F.C. © AudioFile 2016, Portland, Maine [Published: NOVEMBER 2016]