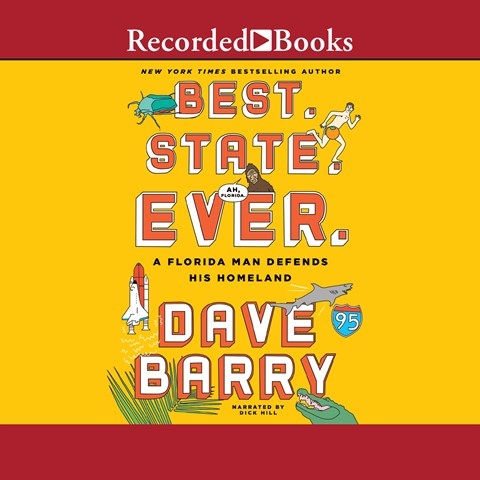 BEST. STATE. EVER. A Florida Man Defends His Homeland

Dick Hill narrates as Dave Barry guides listeners around the state of Florida. Surprisingly for these consummate professionals, both the writing and the presentation are lackluster. Barry isn't as biting as he usually is, and Hill doesn't always deliver Barry's barbs. The beginning is the audiobook's strength: Reporters call Barry to ask why Florida is such a weird place. Barry's ironic opinion, reflected in Hill's tone, posits that these same journalists come from even worse places. For example, Hill astutely reveals that Illinois is a state that has imprisoned many of its governors and hyperbolically says that Kentucky boasts 32 teeth statewide. Hill perfectly captures the sad truth that Barry encounters when he visits a nightclub where he isn't the celebrity he normally is but merely another "old guy." S.G.B. © AudioFile 2016, Portland, Maine [Published: DECEMBER 2016]