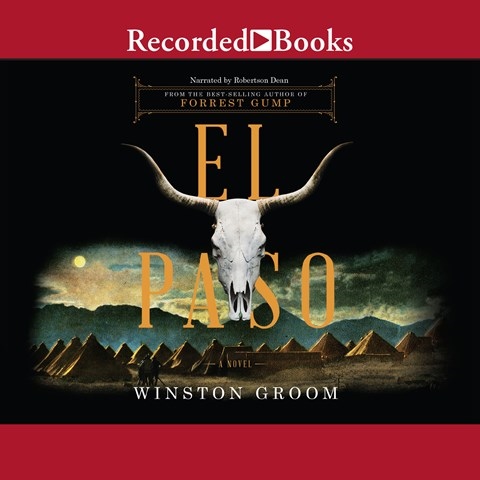 Robertson Dean's rich, earthy voice makes him an ideal choice to narrate Groom's first work of fiction in three decades, a sweeping saga set in the Southwest and Mexico in the early twentieth century. Bandit/revolutionary Pancho Villa earns the ire of The Colonel, one of the rich gringos Villa despises, by kidnapping his two grandchildren. Dean is a skillful guide for listeners as Villa's bandits battle rival armies and multiple parties who aim to rescue the hostages. Dean's subtle shadings and accents enable listeners to easily differentiate among the novel's many, largely male, American, Mexican, and German characters. This satisfying ride through this territory shines a much-needed spotlight on this little-known area of history. D.E.M. © AudioFile 2016, Portland, Maine [Published: DECEMBER 2016]