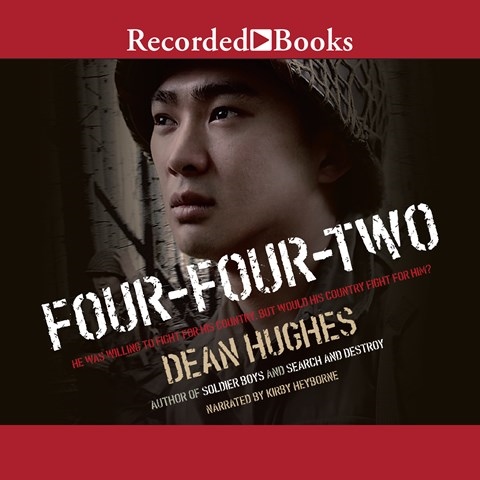 During WWII, the 442nd Regimental Combat Team, composed solely of Japanese-American soldiers, became one of the fiercest and most highly decorated units in the U.S. Army. Finding a fine vocal balance between youthful confidence and understandable apprehension, narrator Kirby Heyborne completely draws the listener into the story of two Japanese-American men, boys really, who leave the poverty and indignity of the internment camps to join the army. In the battle scenes Heyborne’s voice captures the heroism that these forgotten patriots showed on a daily basis. His voice shines even more brightly when describing the personal drive it took to insist that they not to be left behind when it came to serving their country and honoring their families back home. B.P. Winner of AudioFile Earphones Award © AudioFile 2017, Portland, Maine [Published: FEBRUARY 2017]