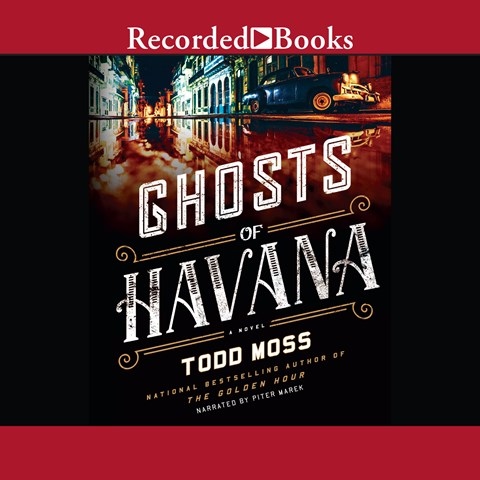 A modern-day Cuban Missile Crisis takes shape with Judd Ryker caught in the middle. Narrator Piter Marek handles all the voices in this political thriller with very specific portrayals--meaning, he goes beyond simply using high and low tones for the men and women. A congresswoman is given a sharp, angry voice everytime she speaks, which is perfectly fitting for her character. Several captured Americans exhibit a range of steady tones, worried voices, and nervous-sounding dialogue. Marek also shifts between the protagonist's usually steady voice and a Cuban liaison's casual, almost singsong, accent without missing a beat. Marek enhances a decent book with his solid narration. M.B. © AudioFile 2017, Portland, Maine [Published: FEBRUARY 2017]