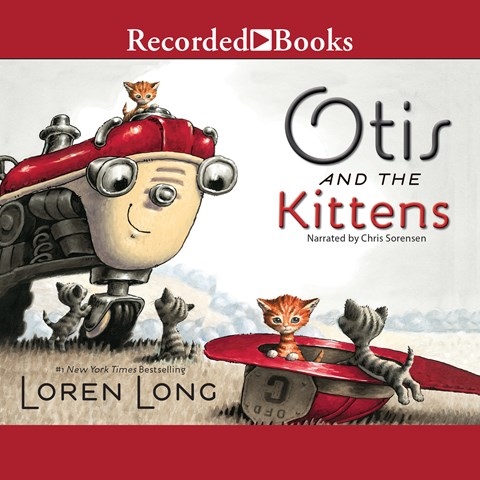 OTIS AND THE KITTENS

Drought, fire, distressed animals. None of these impede the unflappable Chris Sorensen. As narrator, he maintains a studied pace and lets the action-packed story of a beloved red tractor named Otis develop with all its drama. Bringing the hay into the old barn is exhausting work for Otis and the farm family. Afterward, Otis humors the bull with tug-of-war games, but when he sees a tabby cat go into the barn and then spots flames, Otis instantly shifts into rescue mode. Sorensen's steady, warm voice keeps young listeners attending to details of the story without becoming scared. When the floorboards give way, will Otis's friends be able to rescue him? A.R. © AudioFile 2017, Portland, Maine [Published: MARCH 2017]