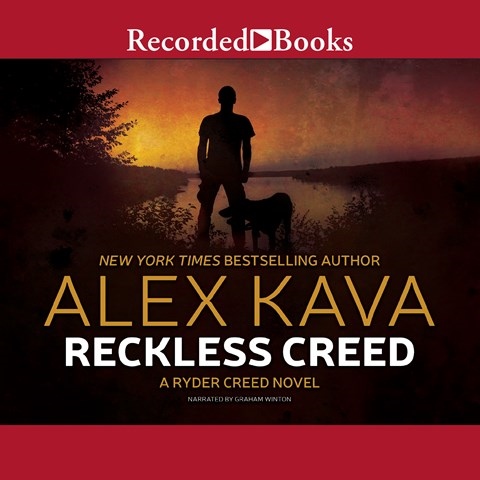 In this third volume of the Ryder Creed series, Creed and his search-and-rescue dogs team up again with FBI agent Maggie O'Dell as they connect a series of suspicious deaths in several states. All signs point to a mad scientist who escaped from them in the previous volume SILENT CREED. Narrator Graham Winton doesn't help listeners keep the many characters straight as the team members find themselves slowed by officials of various government agencies, some trying to help them solve the mystery and others intentionally impeding them. The female characters, in particular, are not distinct enough, making the action somewhat difficult to follow. More liberal use of accents, timbre, and pitch would have been helpful. Still, that shouldn't stop fans of Kava's work from listening. D.E.M. © AudioFile 2017, Portland, Maine [Published: FEBRUARY 2017]