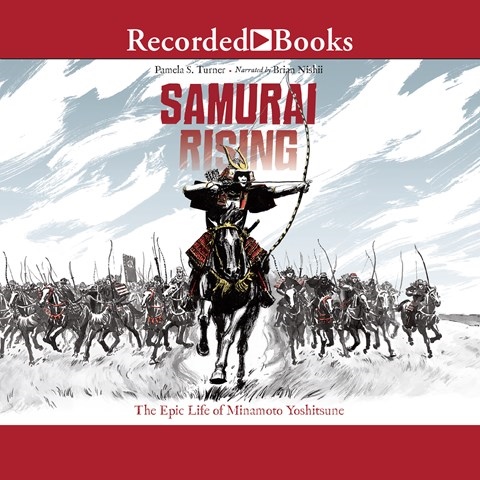 Narrator Brian Nishii chronicles the life of samurai warrior Minamoto Yoshitsune in this fast-paced adventure story filled with details about weaponry and warfare in twelfth-century Japan. Nishii captures the intensity of Yoshitsune's experiences in battle through fervent dialogue that brings the historical figure to life. An intricate timeline included in the narration gives the listener a better understanding of the historical periods of Japan as compared to the rest of the world, while a glossary provides a glimpse of the language. Listeners will be captivated by this work, which reveals the way samurai warriors lived and died during this important period in Japanese history. M.D. © AudioFile 2017, Portland, Maine [Published: MARCH 2017]