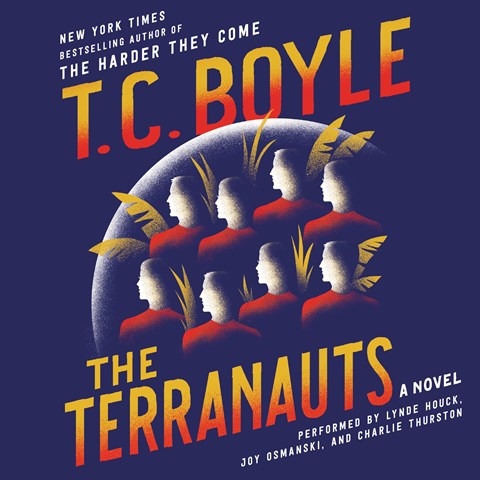 This audio performance captures the intensity that is typical of Boyle's work. Lynde Houck, Joy Osmanski, and Charlie Thurston take turns at the helm of this riveting production, each taking the role of a "terranaut"—a scientist selected to take part in an alternative community prototype called E2—as Earth itself feels the pain of climate change. Each narrator manages a fully developed character whose role in the experiment is tightly bound up with the other bold and ambitious scientists as well as the complex workplace politics and public scrutiny. The voices of the three central characters are filled with all the emotions one expects in this kind of insular environment. The overall performance, combined with Boyle's imagination and detail, results in a mesmerizing listen. L.B.F. Winner of AudioFile Earphones Award © AudioFile 2016, Portland, Maine [Published: NOVEMBER 2016]