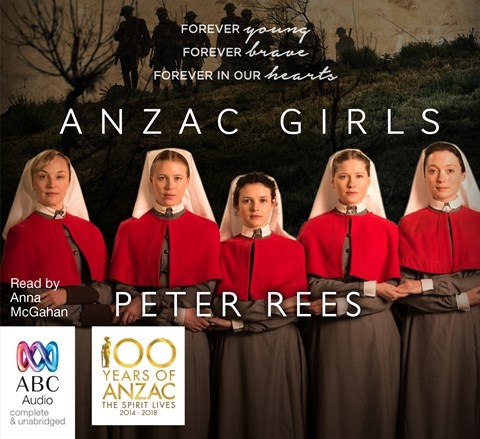 Peter Rees has written a riveting account of the Australian and New Zealand nurses who cared for injured soldiers during WWI. The need and danger they faced are unimaginable--horrific injuries, cramped conditions, a lack of medical supplies, and bombs dropping around them. The gravity of it all is encapsulated in narrator Anna McGahan's low and serious voice as she recounts the nurses' activities at Gallipoli and the Western Front and in France. These inspiring women worked astonishingly hard and were very brave. Some of them paid the ultimate price, and all were shoddily treated after the war, as military and governmental recognition included only men. It is a pity that McGahan's narration style is so gentle and low key that the listener gleans awe only from the text and not the performance. A.B. © AudioFile 2016, Portland, Maine [Published: NOVEMBER 2016]