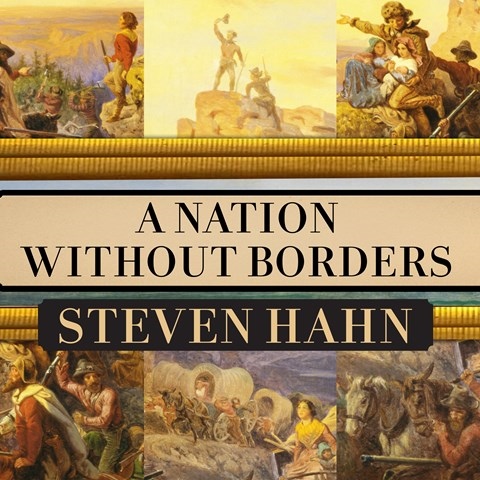 A NATION WITHOUT BORDERS The United States and Its World in an Age of Civil Wars, 1830-1910

Steven Hahn's sweeping history of the United States in the age of expansion is a compelling narrative, and one that deserves a wide audience despite its flaws as an audiobook production. "Less is more" should be the mantra for all narrators of long, serious works of history--the steady trot rather than a full canter. Barry Press has a pleasing voice and is in many ways an appealing narrator. But he does tend to overemphasize. Worse, his mimicry of regional voices and historical bluster is just plain embarrassing. The story of America is a story of constantly changing borders, and Hahn has written an important work of history that speaks to our own divided time, as well as to the fractured eighteenth century. D.A.W. © AudioFile 2017, Portland, Maine [Published: FEBRUARY 2017]