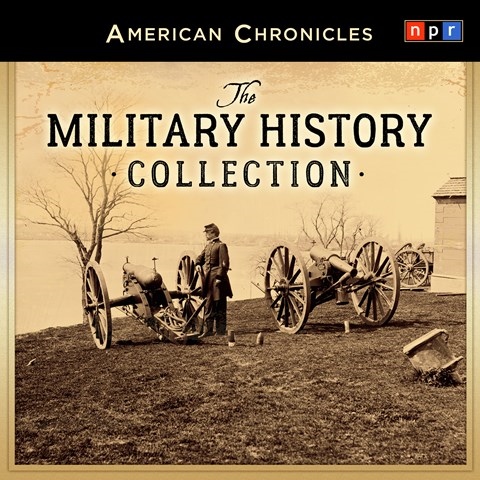 This production is a compilation of four previously released NPR audio documentaries on the Civil War, WWI, WWII, and the Vietnam War. They are all a smorgasbord of reports that have been presented in the past on various NPR programs such as "All Things Considered" and "Morning Edition." Each report is itself a snapshot of a person, an incident, a topic, or perhaps a campaign or battle during one of these conflicts. They vary in length from just a few minutes to almost a half-hour and could serve as something of an introduction to each of these conflicts. These technically flawless productions are especially valuable for reference and history buffs. M.T.F. © AudioFile 2017, Portland, Maine [Published: JANUARY 2017]