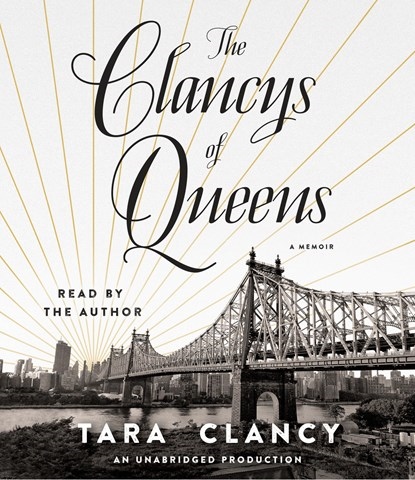 THE CLANCYS OF QUEENS A Memoir

From her first utterance, Tara Clancy evokes belly laughs as she recounts her uncommon life from ages 5 to 18. She spent part of the time in a Queens boathouse belonging to her Irish dad, part of the time in the Brooklyn home of her working-class Italian grandparents, and weekends in the Hamptons with her mother. Clancy's character portrayals are convincing, with the standouts being her dynamic, droll father and hilarious Grandma Riccobono, whose colorful curses and outsize personality overshadow even Clancy. Listeners will enthusiastically join Clancy at her dad's local bar, in a limo en route to the Hamptons, and in a number of locations during her "lost" teen years, in which she found herself by stumbling onto a copy of KING LEAR. In the epilogue she introduces her wife and two kids, making listeners sad to leave a delightful friend. S.G.B. Winner of AudioFile Earphones Award © AudioFile 2016, Portland, Maine [Published: DECEMBER 2016]