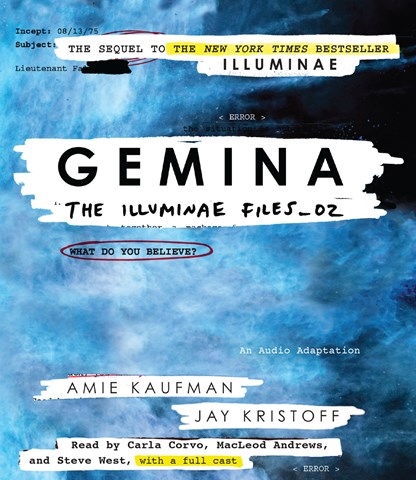 In the 26th century, a space station is besieged by privateers--but how and why? Kaufman and Kristof's ambitious space opera continues, shifting its focus to a trio of unlikely resistance fighters: the daughter of an assassinated commander, the son of a notorious cartel family, and a wunderkind hacker. The investigation into what's happening unfolds through "found documents"--chat conversations, journal entries, radio transmissions, and surveillance footage.The story's unusual narrative structure works, really works, thanks to the skillful full-cast treatment. Characters quickly become recognizable as the plot weaves unpredictably through conversation and observation, while the atmospheric soundscape defines the environment and enhances the action. Great for a road trip, though some content may be inappropriate for younger listeners. A.S. 2017 Audies Finalist © AudioFile 2017, Portland, Maine [Published: JUNE 2017]