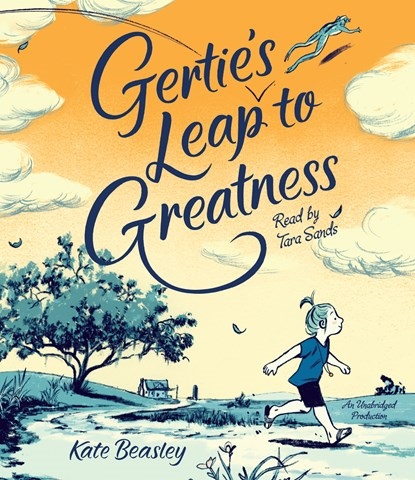 Narrator Tara Sands's youthful verve expresses the enthusiasm and naïveté of heroine Gertie Reece Troy, who is determined to become "the greatest fifth-grader in the universe." Sands contrasts this grit with a portrait of Gertie's rival, bratty Mary Sue Spivey. Gertie has a darker, more complicated rationale than mere enthusiasm for her goal. She was abandoned by her mother as a baby, and now her mother plans to move away. Sands articulates both Gertie's mother's coldness and Gertie's need for maternal recognition. Gertie's longing creates a strong subplot and undercurrent to the narration. But Sands's breezy reading predominates. Her tone emphasizes Gertie's resilience and, ultimately, her realization that the best course is to find joy in what she has, not to focus on what she's missing. S.W. © AudioFile 2016, Portland, Maine [Published: OCTOBER 2016]