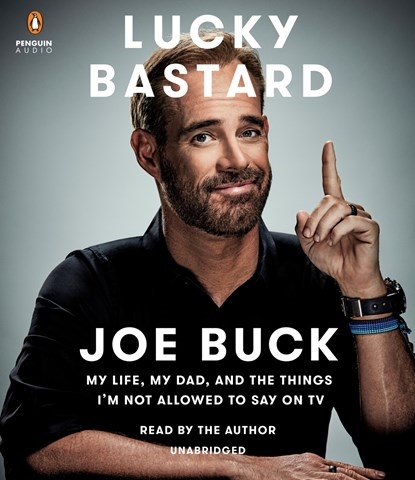 LUCKY BASTARD My Life, My Dad, and the Things I'm Not Allowed to Say on TV

As one of America's best-known sportscasters, Joe Buck certainly knows how to bring a flourish to his life story. His familiar voice alone brings a measure of comfort to any listener who's a sports fan. But in his conversational style, he shows the cracks in the facade. He reveals for the first time how his vanity, in the form of hair-plug surgeries, nearly ruined his voice and his career. The title refers to Buck's being the first child of the second marriage of Jack Buck, himself a legendary sportscaster who gave Joe his first break in the business. The younger Buck takes listeners behind the curtain, both in sports and broadcasting. He also covers more personal topics including parenting and marriage. This production is a winning look at the multitalented man behind the on-air professional. D.E.M. © AudioFile 2017, Portland, Maine [Published: FEBRUARY 2017]