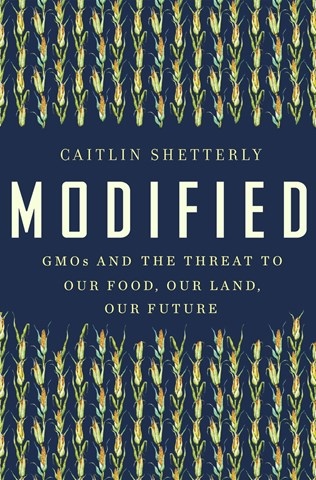 MODIFIED GMOs and the Threat to Our Food, Our Land, Our Future

Caitlin Shetterly still doesn't know what caused her debilitating illness, but she found her symptoms lifted by a corn-free, all-natural diet. The author's travels to track down the possible effects of genetically modified crops took her to the U.S. Midwest and to Germany. As she narrates her own story, Shetterly conjures vivid images of a windy day in Nebraska or the fresh veggies she eats. These images are the backdrop for interviews on unsuccessful efforts to regulate modified foods, the declining bee population, and possible contamination from wandering DNA. Shetterly's travelogue through the world of GMOs, which started with an ELLE article, seeks to encourage listeners to reconsider the foods they eat. J.A.S. © AudioFile 2016, Portland, Maine [Published: OCTOBER 2016]