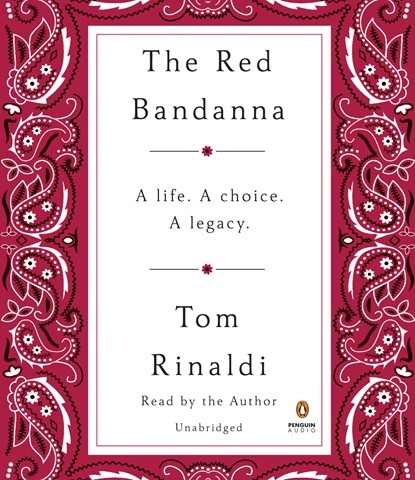 THE RED BANDANNA A Life. A Choice. A Legacy.

Tom Rinaldi's grounded tone gives listeners a sense of comfort while experiencing this tragic yet inspirational audiobook. Rinaldi recounts the true story of Welles Crowther, who, as a child, was given a red bandanna by his father. Crowther's life first led him to a competitive Wall Street job with a company housed in the World Trade Center, but later he switched careers--and found his place as firefighter. When the Twin Towers were attacked on 9/11, Welles was there, and his heroic actions were described after survivors identified him by his red bandanna, allowing his family to learn about his last moments and deeds. Rinaldi's narrative does not overdramatize events, an approach that makes this story even more moving. S.P.C. © AudioFile 2017, Portland, Maine [Published: MARCH 2017]