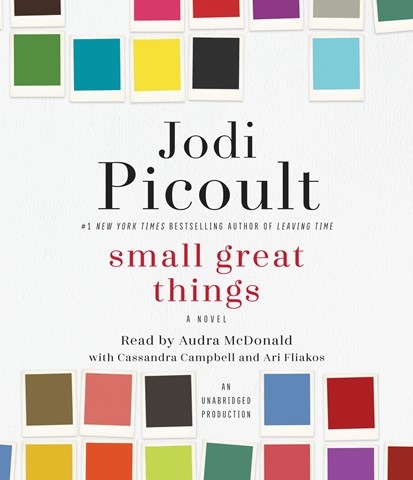 Three narrators portray the diverse perspectives of Picoult's three main characters. Audra McDonald portrays Ruth, an African-American nurse who is facing murder charges following the death of a newborn. McDonald voices Ruth's deep-seated belief in the good of others as well as her shaken faith in a way that is both engaging and heartbreaking. Ari Fliakos depicts Turk, the baby's father and a white supremacist. Fliakos humanizes Turk even at his worst, though it is often difficult to listen to his ignorance. The discomfort he creates in the listener makes the story more powerful. Cassandra Campbell perfectly captures Kennedy, a white public defender who takes on Ruth's case, channeling her own frustration and naïveté as she comes to recognize her power and privilege. As always, Picoult asks hard social questions. K.S.M. © AudioFile 2016, Portland, Maine [Published: DECEMBER 2016]