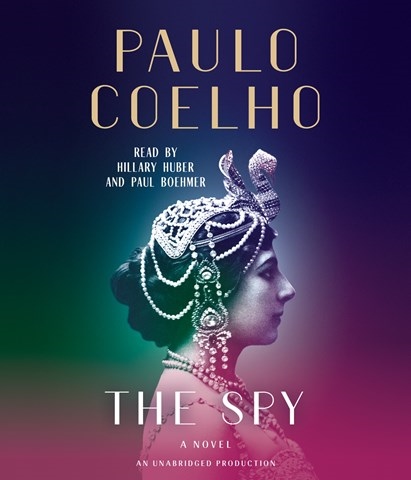 This short dual-narrated audiobook imagines what the imprisoned Mata Hari was thinking while awaiting either her execution or her pardon from the French government for being a German spy in WWI. Hillary Huber uses an indeterminate European accent to voice Mata Hari's thoughts, which is fitting for the young Dutch woman who was dead set on making Paris her home. Huber's performance highlights Mata Hari's many layers, including her naïve trust in men and her passion to live life on her own terms. Paul Boehmer's believable French accent, colored with sorrow and frustration, is appropriate for the accused woman's lawyer, Edouard Clunet. This brief story of the famous dancer's rise and fall sheds little light on the supposed spy's innocence or guilt. C.B.L. © AudioFile 2016, Portland, Maine [Published: DECEMBER 2016]