Home»Reviews»TALKING AS FAST AS I CAN 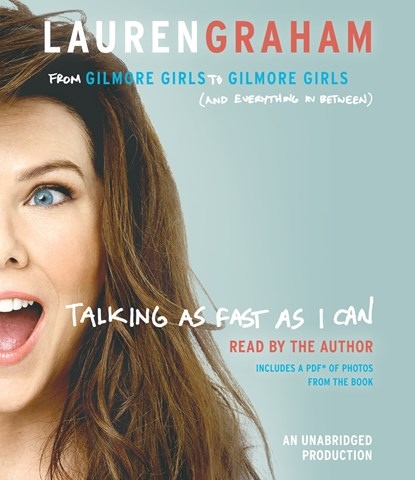 Narrating her own memoir, Lauren Graham sounds warm and dishy and genuine--she's funny, smart, likable, and yes, she talks fast. It makes for a light and diverting audiobook that's geared, at least in part, to fans of the "Gilmore Girls" TV show, in which Graham starred as single mom Lorelai Gilmore. Graham does indeed share some stories about the show and her fellow actors. But anyone aspiring to a life in the creative arts could appreciate Graham's hard-won wisdom after years of pursuing her acting dreams and facing the particular challenges of being a woman in Hollywood. An accompanying PDF with photos is referred to throughout the audio program, so be sure to have it handy while you're listening. J.M.D. © AudioFile 2016, Portland, Maine [Published: DECEMBER 2016]