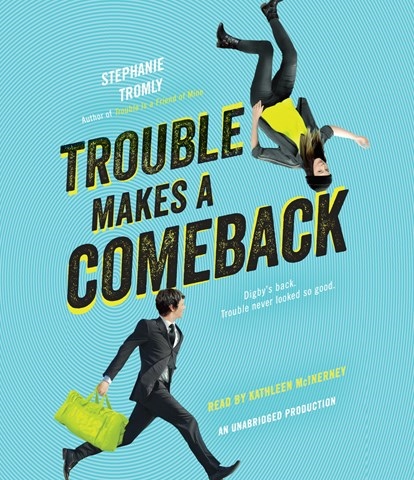 Five months after Digby disappeared, just after kissing--and confusing--Zoe, he's back in Riverside, ready to draw Zoe into more dangerous and semi-legal adventures. Narrator Kathleen McInerney is also back, bringing the same verve and charm to her performance that she delivered in this series' debut, TROUBLE IS A FRIEND OF MINE. Listeners will find themselves equally engaged in the fate of Digby's missing sister and in Zoe's struggle to balance her new boyfriend, Austin, with her old feelings for Digby. Witty dialogue and a cast of characters--from a high school queen bee to Zoe's overbearing dad--are brought to life with aplomb by McInerney. E.C. © AudioFile 2016, Portland, Maine [Published: DECEMBER 2016]