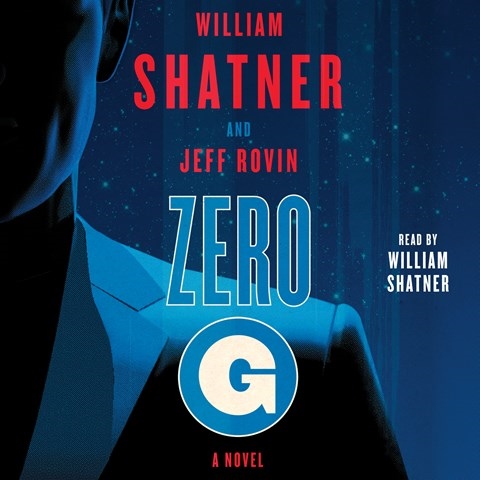 It can't be coincidence that the protagonist at the center of this space opera cowritten by 85-year-old Shatner is 80-year-old Sam Lord. He's the rule-bending chief of the FBI unit on the space station Empyrean in the year 2050. Shatner is the perfect fit for the charismatic action hero. And Shatner proves equally adept at animating a wide range of other characters--from Lord's pansexual deputy to a cyborg Israeli business tycoon and Lord's love interest, a beautiful scientist who is partly responsible for the runaway weapon that is threatening both Earth and space. Those accustomed to Shatner's trademark bombastic roles will be amazed at the nuance he employs in this fast-paced production. Listeners will be eager for the upcoming sequel. D.E.M. © AudioFile 2016, Portland, Maine [Published: DECEMBER 2016]