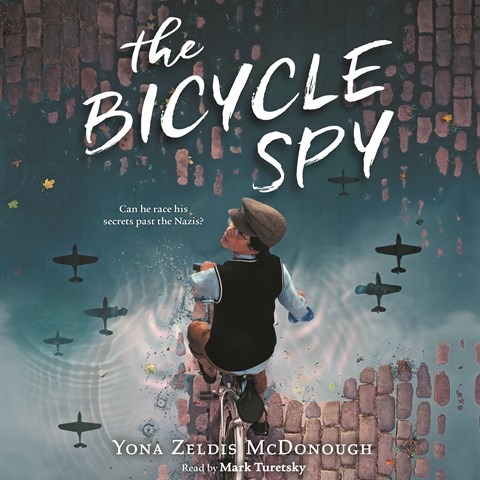 Narrator Mark Turetsky dives right into the world of Occupied France and the story of 12-year-old Marcel, who dreams of riding in the Tour de France as he pedals his own bike on errands of great daring. Turetsky is unassuming in that he lets the story unfold by itself; he brings subtle emphasis through pregnant pauses and intonation. Why have Marcel's baker parents been sending him on more frequent bread deliveries? What is the mystery around his new classmate, Delphine? Why are the Nazis coming into his school? What has taken his mother away from the bakery? Turetsky moves easily between the facts of the times and the suspense of Marcel's many forays on behalf of the French Resistance. His youthful voice underscores the bravery of this young Frenchman. A.R. © AudioFile 2016, Portland, Maine [Published: DECEMBER 2016]