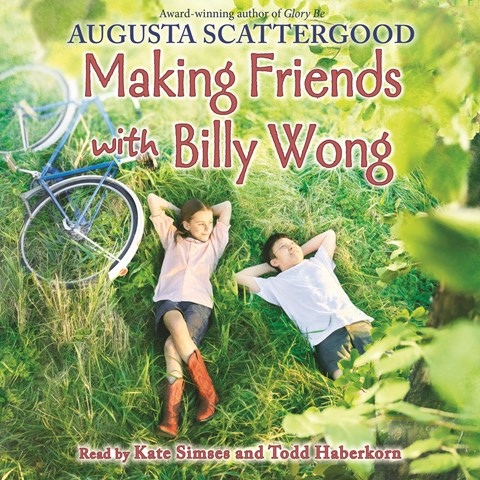 In this quiet story set in the rural South of the 1950s, narrators Kate Simses and Todd Haberkorn bring this period of racial intolerance into sharp focus. Eleven-year-old Azalea reluctantly spends her summer helping out her injured grandmother, whom she barely knows. Though painfully shy, Azalea befriends Billy Wong, who helps run his Chinese family's grocery store. Azalea's voice is soft yet nervous while Billy exudes confidence and determination. Azalea's narrative is interspersed with Billy's thoughts and lists. Though Todd Haberkorn's voice for Billy's interludes is different from the rest of Billy's dialogue as delivered by Simses, the discrepancy doesn't detract from the whole performance. Simses's portrayal of Azalea's grandmother is exactly what you'd imagine--a mixture of comfort, warmth, and kindness with a hint of sadness. M.F.T. © AudioFile 2017, Portland, Maine [Published: FEBRUARY 2017]