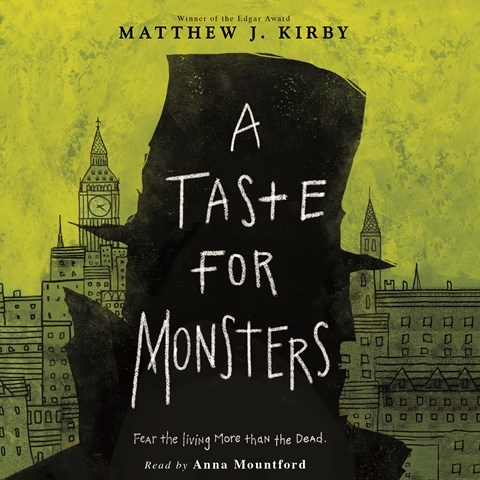 A TASTE FOR MONSTERS

This historical fantasy, set in 1888 London, will surely engage listeners. Narrator Anna Mountford beautifully captures the voice of Evelyn, a young woman with a facial disfigurement. She serves as a hospital maid for Joseph Merrick. Known to the public as the Elephant Man from his past tours in a traveling show that made a spectacle of his deformities, he now resides at the hospital. While Evelyn's voice is meek and reserved, Mountford's voice for Mr. Merrick demonstrates compassion while also reflecting some of the difficulties he has with speech due to his condition. Both Evelyn and Mr. Merrick struggle to see the good in the world as they deal with a lack of understanding from others, the horrifying murders by Jack the Ripper, and the supernatural presence of ghosts. M.D. © AudioFile 2016, Portland, Maine [Published: NOVEMBER 2016]