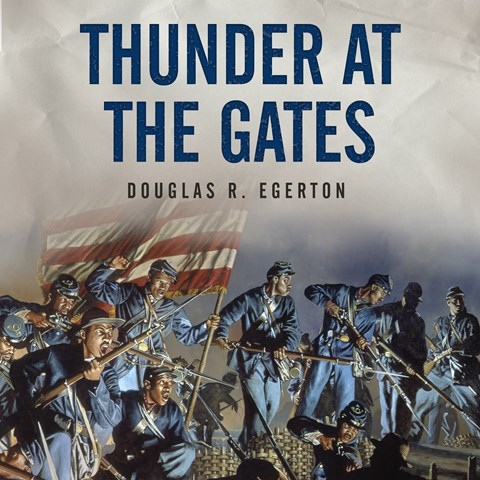 The role of the Civil War's black soldiers, often glossed over in history books, is expertly told in this stirring work. Narrator Sean Crisden speaks authoritatively about the men's courage as they risked everything for freedom. Crisden's measured delivery underscores the importance of this book, which mainly tells the story through individual soldiers, revealing their family histories as well. Crisden effects a distinctive voice for each of the soldiers, giving him a unique identity. The author explains that allowing black soldiers in the military, in addition to being vehemently opposed by the South, was also opposed by some Northerners. Some white Union soldiers felt black men lacked skill and courage. The audiobook concentrates on two regiments from Massachusetts, which includes famous men, notably a luckless descendant of Paul Revere. M.S. © AudioFile 2017, Portland, Maine [Published: APRIL 2017]