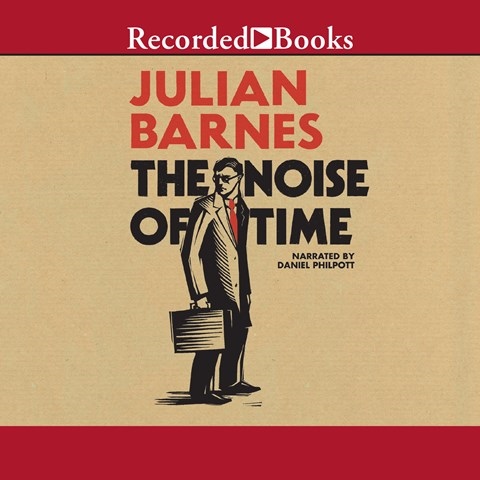 THE NOISE OF TIME

Daniel Philpott's narration is perfectly matched to Barnes's complex fictional account of three critical periods in Dmitri Shostakovich's life. Philpott renders the esteemed composer's interactions with the authoritarian rulers of Soviet Russia, led by Stalin, capturing his struggle with being an unwilling symbol of Soviet artistic expression. Philpott delivers Shostakovich's voice and interior monologues with crisp British diction. One slight quibble: The choice to give Russian authorities menacing accents, while deftly done, seems a curious decision when the protagonist speaks the Queen's English. That said, the listener gets a visceral sense of the composer's long battle with the authorities over his formalist compositions and his reluctance to join the Communist Party. A.D.M. © AudioFile 2016, Portland, Maine [Published: OCTOBER 2016]