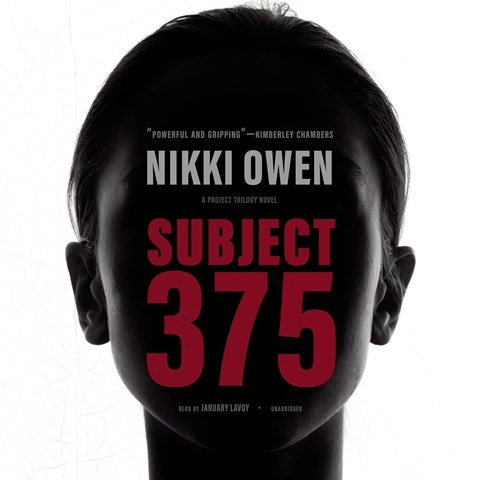 Narrator January LaVoy adds to the intense atmosphere of this psychological thriller. As Maria tries to adjust to the noise, distractions, and general sensory overload of prison after her conviction for murder, LaVoy makes her fears palpable. Relying on pace and tone, LaVoy captures Maria's growing anxiety at the disruption of her former routine and her forced confrontation of a murder she doesn't recall. It's obvious that Maria has Asperger's syndrome, and LaVoy capitalizes on her behavior--her dispassionate recitation of facts, stilted interactions with other characters, and increasing apprehension. Overall, LaVoy's depiction of Maria as a sympathetic and intriguing character heightens the tension of the conspiracy that is revealed through the story's twists and turns. J.E.M. Winner of AudioFile Earphones Award © AudioFile 2016, Portland, Maine [Published: DECEMBER 2016]