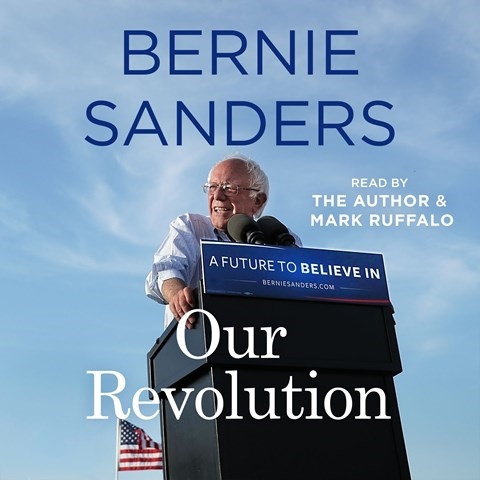 OUR REVOLUTION A Future to Believe In

Who better than the incomparable Bernie Sanders to tell his own story? In his raspy, Brooklyn-accented voice, he recounts stories from his humble childhood. He warmly reveals that his brother, Larry, introduced him to politics and activism. Sanders delivers charming humor, along with humble truths about losing elections and what he's learned from the campaign trail. Actor and activist Mark Ruffalo earnestly presents details of Sanders's work and ideas for a new America. Both Sanders and Ruffalo sound like they're directly addressing listeners, and hearing actual recordings of Sanders's speeches adds a further dimension to this essential work. The audiobook finishes on a positive note as Sanders reveals that he felt more encouraged at the end of his campaign than he did at its beginning. S.G.B. © AudioFile 2017, Portland, Maine [Published: FEBRUARY 2017]