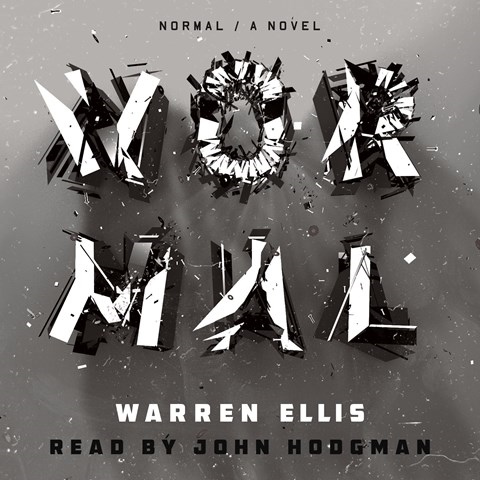 Humorist and former "Daily Show" correspondent John Hodgman narrates the latest techno-dystopian thriller by Warren Ellis. Adam Dearden has been admitted to Normal Head Research Station, a secluded rehab facility for futurists and intellectuals who've suffered mental breakdowns. After Adam's arrival, another patient mysteriously vanishes, leaving behind only a mass of writing insects. Amid the threat of a complete lockdown, Adam and his fellow patients investigate the disappearance themselves. Hodgman grabs listeners with the surreal opening line--"Hand over the entire Internet now and nobody gets hurt"--and infuses an appropriate blend of sarcasm and bemusement throughout. It's not all played for laughs, though. Hodgman also captures the sinister atmosphere bubbling just below the surface. A.T.N. © AudioFile 2017, Portland, Maine [Published: FEBRUARY 2017]