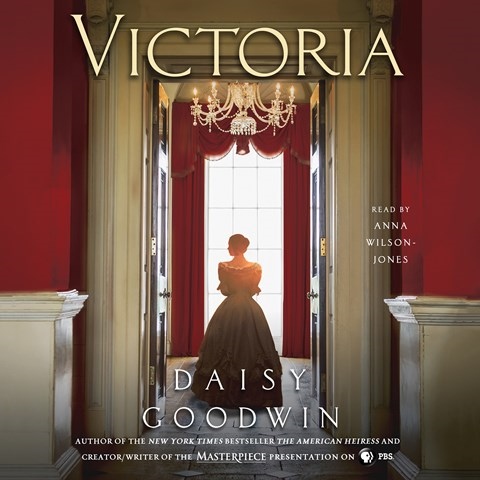 Narrator Anna Wilson-Jones and author Daisy Goodwin work magic in this captivating historical novel about the tiny queen with a huge personality. Goodwin focuses on the first two years of Victoria's long reign, beginning just before the 18-year-old assumes the throne. Relying on a wealth of historical documents, including the queen's letters, Goodwin infuses life into the story of someone often remembered from dour old photographs. Wilson-Jones, whose clear and inviting narrative voice trips along at a perfect pace and sounds perfect for a book about royalty, serves the author beautifully. She has a wide range of accents and skill with both female and male voices. And her ability to perform believable conversational dialogue adds much to the novel's many pleasures. Goodwin is also the author of the upcoming "Masterpiece Theater" production "Victoria." A.C.S. Winner of AudioFile Earphones Award © AudioFile 2017, Portland, Maine [Published: JANUARY 2017]