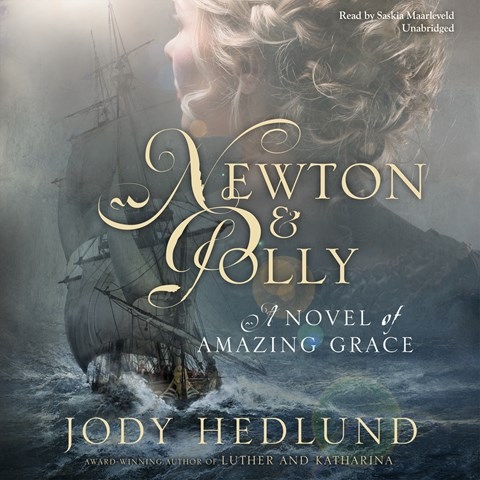 NEWTON AND POLLY A Novel of Amazing Grace

In this historical novel, Hedlund imagines the lives of John Newton, best known for penning the hymn "Amazing Grace," and Polly Catlett, the childhood friend who eventually became his wife. Narrator Saskia Maarleveld speaks at a quick tempo with a voice that is so soft and breathy that words often become inaudible. The story begins at the couple's first meeting when Polly was 15 and John was a 17-year-old sailor, and moves over several years of John's tribulations amid the harsh life of the slave trade on the high seas. The sentences and dialogue, mostly short declarative sentences, give the story more of the feel of a romance novel than a serious piece of historical fiction. N.E.M. © AudioFile 2017, Portland, Maine [Published: FEBRUARY 2017]