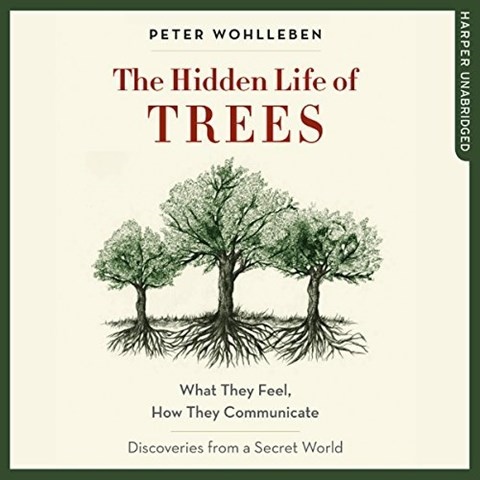 THE HIDDEN LIFE OF TREES What They Feel, How They Communicate--Discoveries from a Secret World

In a mature forest, trees of the same species can act together, as a kind of superorganism, rather than as individuals. This idea is the main point of Wohlleben's book. His approach makes the text accessible for most people and well suited to audio. The author is a professional forester, rather than a botanist, and his target audience is the interested layperson, rather than the scientist. Mike Grady proves to be an able narrator. His pace makes difficult passages easier to follow. His facility with German place names keeps them from hindering the presentation. And his accent adds a note of gravitas to the discussion. R.C.G. © AudioFile 2016, Portland, Maine [Published: OCTOBER 2016]