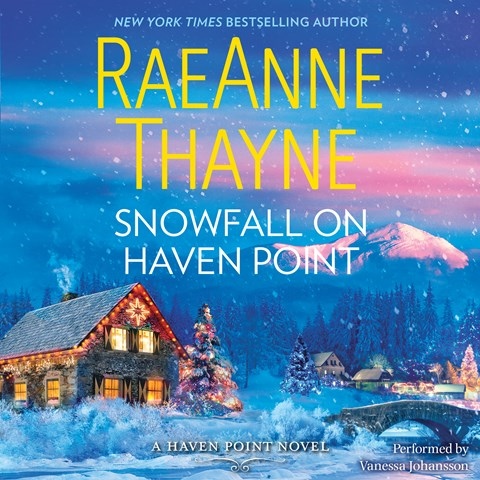 Andrea Montgomery is determined to make this Christmas unforgettable for her children, but when she's asked to care for her friend's brother, the surly, injured Sheriff Marshall Bailey, she wonders if Christmas might hold a few surprises for her, too. Narrator Vanessa Johansson doesn't manipulate her voice to sound like the gruff Marshall or the precocious children. Instead, she infuses each conversation with emotional depth, making each character distinctive and carefully tracing the bonds developing between them, from Marshall's growing devotion to Andrea's children to the palpable chemistry between him and Andrea, especially after a blizzard forces them together. Though listeners unfamiliar with this series may find some of the story's references confusing, Johansson's performance ensures a sweet romance that is utterly fulfilling. B.E.K. © AudioFile 2017, Portland, Maine [Published: MARCH 2017]