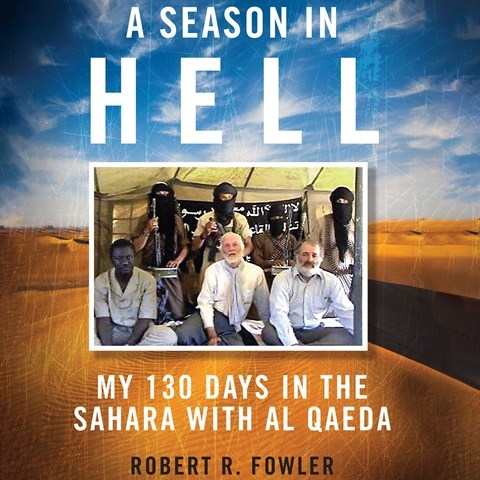 Narrator David H. Lawrence's fine delivery takes listeners behind today's headlines. Fowler, a Canadian diplomat and U.N. envoy, and his colleague, Louis Guay, were kidnapped in 2008 by Al Qaeda in Niger and then moved to Mali. Fowler's back was badly injured, food was scarce, and he worried about drinking the water. Lawrence vividly recounts Fowler's descriptions of the desert, his abductors, and his fear. He does an outstanding job with the many accents and personalities of the principal characters and differentiates the terrorists--some fairly reasonable and others cruel. It's moving to hear how Fowler and Guay support each other, with Fowler noting that many hostages had worse conditions, often going it alone. He concludes with a summary of thoughtful suggestions for peace in the future. S.G.B. © AudioFile 2017, Portland, Maine [Published: FEBRUARY 2017]