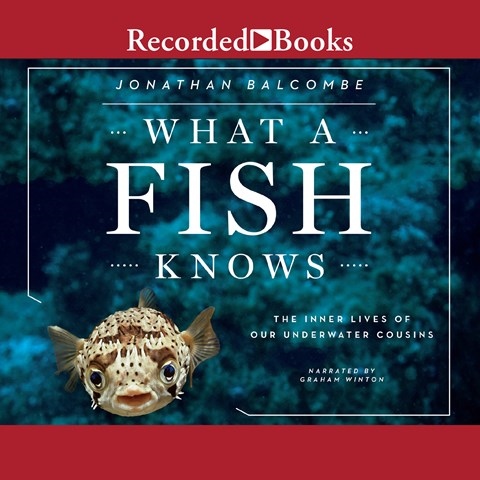 WHAT A FISH KNOWS The Inner Lives of Our Underwater Cousins

Balcombe offers a comprehensive argument for the sentience of fish. As Graham Winton gives a steady narration, Balcombe argues that fish should be included among the concerns of the burgeoning animal-rights movement and that the continued human slaughter of millions of fish has moral significance. In the process, he offers an extraordinary catalogue of fish behavior expressing complex sensory capacity, intelligence, memory, affection, and loyalty. Winton radiates interest even when conveying relatively obscure bits of fish lore. He seems at home with the names of dozens of fish species and as many scientific concepts. Balcombe does not focus his inquiry on majestic swordfish or sharks. He argues instead from the behavior of the various gobies and minnows commonly used in laboratory experiments. F.C. © AudioFile 2017, Portland, Maine [Published: FEBRUARY 2017]