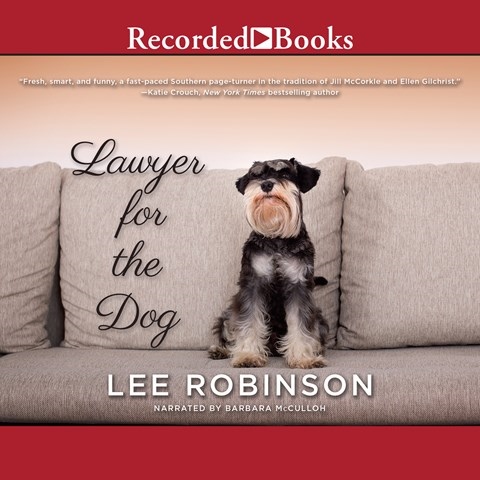 Narrator Barbara McCulloh's gentle tone and smooth-as-silk voice are perfect for this heartwarming story set in South Carolina. With an understated Southern drawl, she elegantly captures 49-year-old lawyer Sally Bright Baynard, ex-wife of Judge Joe Baynard, who has appointed her to serve as guardian and lawyer for a miniature schnauzer being fought over in a divorce case. McCulloh reads at a relaxed pace while maintaining perfect engagement with the story. She doesn't create character voices but rather becomes completely connected with them, an approach that is very effective. She captures Sally's complex emotions as she copes with caring for the dog and her live-in mother, who has Alzheimer's, as well as the romantic intentions of the dog's handsome vet. M.M.G. © AudioFile 2017, Portland, Maine [Published: FEBRUARY 2017]