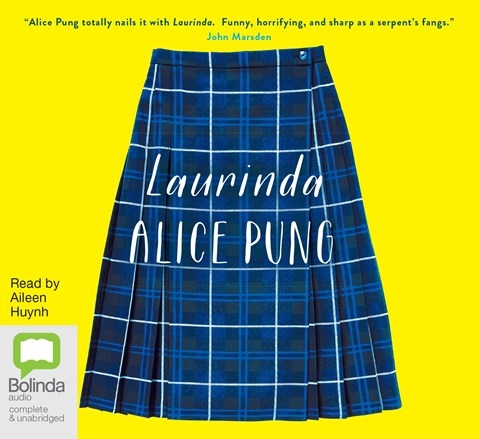 Narrator Aileen Huyhn tracks the changing attitudes of Lucy Lam through four terms at Laurinda, an exclusive school she attends on scholarship. Huyhn’s crisp, Australian-accented narration reflects the sassiness and intelligence of 15-year-old Lucy, whose Chinese parents have come to Melbourne via war-torn Vietnam. Huyhn expresses Lucy’s frustrations at the family responsibilities she’s expected to carry out while also being a good student. As Lucy enters Laurinda, Huyhn captures her dismay at the pranks of "the Cabinet," a controlling group of mean girls. Lucy longs to feel socially included at school despite the Cabinet’s snobbery, racism, and manipulations. Dramatizing Lucy’s realizations about prejudice and her growing self-confidence, Huyhn’s portrayal shows Lucy’s developing determination to see clearly, live honestly, and respect her parents’ values. S.W. © AudioFile 2016, Portland, Maine [Published: NOVEMBER 2016]