Home»Reviews»TERROR IN THE CITY OF CHAMPIONS 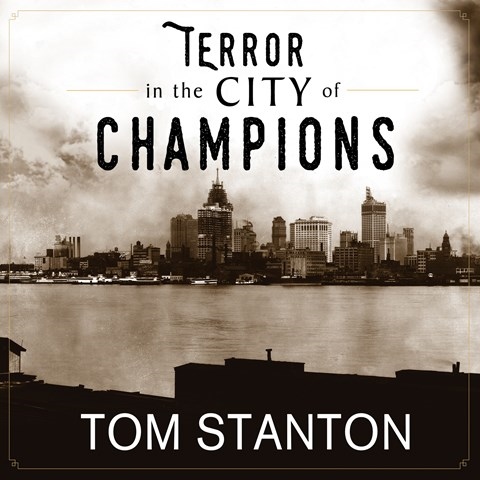 TERROR IN THE CITY OF CHAMPIONS Murder, Baseball, and the Secret Society that Shocked Depression-era Detroit

Against the backdrop of Depression-era Detroit, author Tom Stanton and narrator Johnny Heller demonstrate what can happen when lucid writing meets skilled narration. The summer of 1935 belonged to the Detroit Tigers, who finally won their first World Series. Within months, the Lions captured the Super Bowl, the Red Wings won the Stanley Cup, and boxer Joe Louis became the country's first African-American sports idol. But the City of Champions was also home to the Black Legion, a group of white supremacist thugs who targeted immigrants, blacks, Catholics, and union activists. Stanton weaves these aspects of the city together with rigorous research and skillful prose, and Heller brings the heroes and villains to life with his easy style and pleasant timbre. D.B. © AudioFile 2017, Portland, Maine [Published: MARCH 2017]