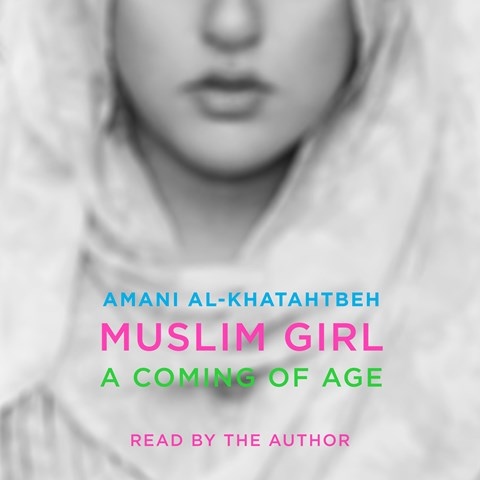 MUSLIM GIRL A Coming of Age

The author/narrator is the founder of the website MuslimGirl.com. Amani Al-Khatahtbeh's emotional narration about being an openly Muslim woman in America today is an honest, important, and unsettling listen. Raised in New Jersey, she speaks candidly about her family's move to Jordan only a few years after the events of 9/11 due to the overwhelming tide of Islamophobia flooding the mainstream media. She returned to New Jersey as a teenager with a new passion for her heritage and decided wear a hijab--a traditional scarf covering the hair and neck--as a visible symbol of her Muslim faith, despite knowing it would make her a target for hatred. Al-Khatahtbeh's clear, rich tone addresses hard topics and unflinchingly invites other Muslim women's voices to join her own in being heard. E.E. © AudioFile 2017, Portland, Maine [Published: APRIL 2017]