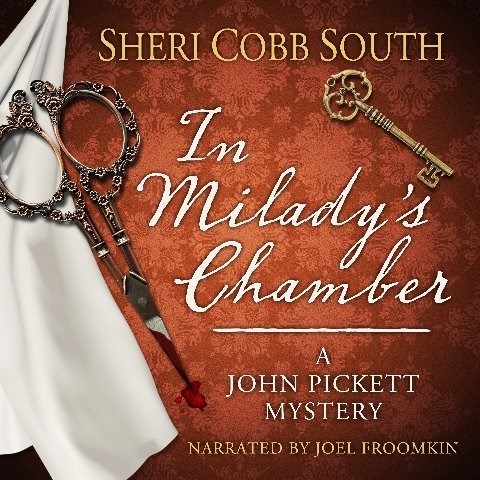 Narrator Joel Froomkin is engaging as John Pickett, reformed pickpocket and now respectable Bow Street Runner (policeman). This charming Regency mystery has just the right sprinkling of romance to warm the atmosphere. When Viscountess Julia Fieldhurst returns from a ball to find her husband murdered with her nail scissors, she calls on Pickett because she's a prime suspect. Froomkin's Pickett is fully credible, particularly when he sounds rather bowled over in the Viscountess's company. Froomkin's rendering of Pickett's ally, Magistrate Colquhoun, is warm and memorable while the West Country accent and earthy humor of the Viscountess's father add variety to the upper-class stuffiness of some of the characters. Listeners will enjoy this unusual series with its atypical Regency hero and vivid, sometimes unpleasant, descriptions of class differences, including a "prohibited" romance. S.G.B. © AudioFile 2017, Portland, Maine [Published: JANUARY 2017]