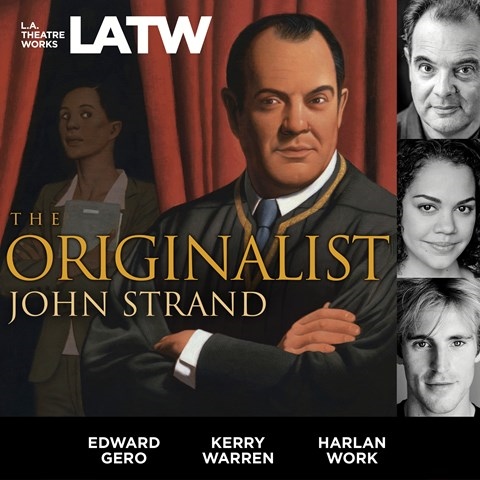 The always provocative and often politically polarizing U.S. Supreme Court Justice Antonin Scalia was infatuated with the exact meaning of words and the precision of language. What better grist for an audio play? Reprising his original stage role, the talented Edward Gero virtually becomes the jurist, who was celebrated for his razor-sharp wit, impressive intellect, and conservation tendencies. When the judge takes on a young, liberal African-American woman, played by a vibrant Kerry Warren, as his newest law clerk, the ideological sparks start to fly. So, break out your copy of the U.S. Constitution and follow along as some of the most contentious issues of our times are debated in this challenging offering from L.A. Theatre Works. B.P. © AudioFile 2017, Portland, Maine [Published: MAY 2017]