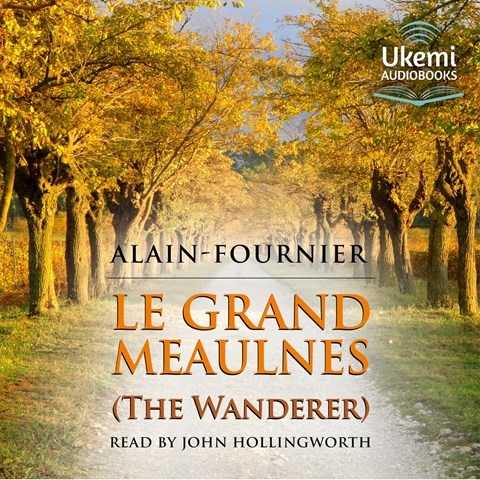 by Alain-Fournier | Read by John Hollingworth

This classic French novel, originally published in 1913, tells the story of a young man of intense and sudden emotional commitments and the conflicts they create. While narrator John Hollingworth's characterizations are admirable, Alain-Fournier's ideas about two of his major characters (and this is a novel about ideas as well as action) sometimes move them completely off the stage. As in THE GREAT GATSBY, the story is narrated by a friend of the title character who is not privy to all the secrets until the conclusion. Hollingworth maintains a balance between the apparent closeness and the real distance between them. He also varies his tempo more than most narrators, and uses this powerfully. This is a wonderfully accessible introduction to a book that deserves a wider audience. D.M.H. © AudioFile 2017, Portland, Maine [Published: JANUARY 2017]