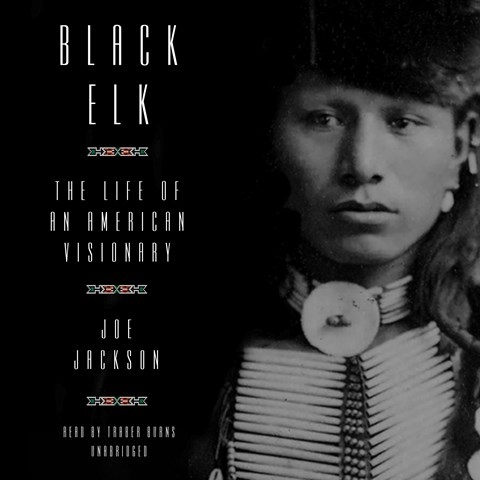 BLACK ELK The Life of an American Visionary

Traber Burns provides a narrative performance that resides somewhere between that of a devoted professor and a wise storyteller. That's fitting, because this is a deep, detailed historical document. The stories found here are many, but their overall resonance is important, and relevant to our understanding of the American West. The audiobook tells the story of Black Elk, the Native American whose life rose to wide prominence in BLACK ELK SPEAKS. However, this audiobook is the most definitive work chronicling Black Elk's life, which led him through many historical events, some violent (consider the passage where Black Elk takes his first scalp, or the battles fought against Custer), until he took the role of holy man in his later years. S.P.C. © AudioFile 2017, Portland, Maine [Published: MARCH 2017]